At 4:30pm There will be a reading during the event by Sally Van Doren and guest writer Roxana Robinson.

Intention. Improvisation. Accident. All three of these are guiding influences in Sally Van Doren’s lyrical work.  An award-winning poet, Van Doren seeks to create connections among words, images and poetic constructs. Her paintings, drawings, prints and poems arise from the same source: thousands of pages of illegible handwriting, also known as asemic drawing. While exploring the potential of written language as art, her work employs an expanding personal iconography of calligraphic gestures, letters, geometric forms and design motifs. In layers of interactive media, these marks engage in a dialogue fundamental to a poet’s intimacy with text and an artist’s fascination with line, color and form.

“Tangled Language” is Van Doren’s first solo exhibition at Furnace-Art on Paper Archive. She has also had solo shows at Longview Gallery in St. Louis and the Cornwall Library and been in group shows at Furnace and Five Points Gallery in Torrington CT. Her ongoing written and visual text, “The Sense Series,” was part of a multi-media installation performance at The Contemporary Art Museum St. Louis. Her art appears on the cover of The Difference is Spreading: Fifty Contemporary Poets on Fifty Poems (UPenn Press 2022), and the covers of two of her four books of poetry, Promise (LSU Press 2017) and Sibilance (forthcoming in Fall 2023.) She has been the featured artist in The Nashville Review, December, and 2RiverView and her work is held in distinguished private and corporate collections.  Her poetry has been widely published nationally and internationally in journals such as American Poet, Boulevard, Poetry Ireland Review, Poetry London, The New Republic and Southwest Review. Her poetry collection, Sex at Noon Taxes, received the First Book Award from the Academy of American Poets.

A St. Louis native, Van Doren holds a BA from Princeton in Comparative Literature, and an MFA from the University of Missouri-St. Louis. She has taught poetry at the 92nd Street Y,

Washington University and other public and private educational institutions. She works from her studio in West Cornwall CT.

Roxana Robinson will be reading from her new and expanded edition of, A Life Georgia O’Keeffe published by Brandeis University Press, 2020.

When Roxana Robinson’s definitive biography of O’Keeffe was first published in 1989, it received rave reviews and was named a New York Times Notable Book of the Year. This new edition features a new foreword by the author setting O’Keeffe in an artistic context over the last thirty years since the book was first published, as well as previously unpublished letters of the young O’Keeffe to her lover, Arthur Macmahon. It also relates the story of Robinson’s own encounter with the artist. As interest in O’Keeffe continues to grow among museum-goers and scholars alike, this book remains indispensable for understanding her life and art.

Roxana Robinson is the author of ten books: six novels, three collections of stories, and the biography Georgia O’Keeffe: A Life. Four of these were chosen as New York Times Notable Books. Her work has appeared in The New Yorker, The Atlantic, Harper’s, Best American Short Stories, The New York Times, and The Washington Post. Her books have been published in England, France, Germany, Spain and Holland. She has received Fellowships from the National Endowment for the Arts, the MacDowell Colony and the Guggenheim Foundation. She won the James Webb Fiction Award from the USMCHF, the Maine MWPA Fiction Award (twice), and was shortlisted for the Dublin Impac Award for Fiction. She was twice a finalist for the NBCC Balakian Award for Criticism, and was named a Literary Lion by the New York Public Library. She received the Barnes and Noble “Writers for Writers Award.” A President Emeritus of the Authors Guild, Robinson serves on their Council. She teaches in the MFA Creative Writing Program at Hunter College in NYC, and also serves on the Program Committee at the Cornwall Library. She divides her time between New York City and Cornwall. She is a frequent contributor to The New Yorker and The Cornwall Chronicle. 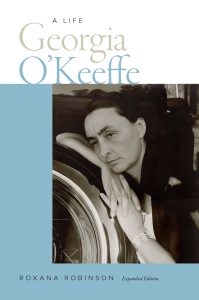