VIRTUAL COURSE | People of the Book: Printing and the Birth of Modern Jewish Culture

In 1538, a partnership of Jewish silk makers in the city of Bologna published a book entitled Sefer Hasidim, a compendium of rituals, stories, and religious instruction that primarily originated in medieval Franco-Germany. How these men, of Italian and Spanish descent, came to produce a book that would come to shape Ashkenazic culture, and Jewish culture more broadly, over the next four centuries is the basis of this kaleidoscopic study of the history of Hebrew printing in the 16th century.

During these early years of printing, the classic works of ancient and medieval Hebrew and Jewish literature became widely available to Jewish (and non-Jewish) readers for the first time. Printing, though, was not merely the duplication and distribution of pre-existing manuscripts; it was the creative adaptation and transformation of those manuscripts by printers. Ranging from Catholic Bologna to Protestant Basel to the Jewish heartland of the Polish-Lithuanian Commonwealth, Assistant Professor of Modern Jewish Intellectual History at Hebrew Union College Joseph A. Skloot uncovers the history of that creativity. Along the way, he demonstrates how volumes that were long thought to be eternal and unchanging were in fact artifacts of historical agency and contingency, created by and for human beings.

This course takes place live online with an opportunity to interact with the expert and recordings are available to participants for later viewing. 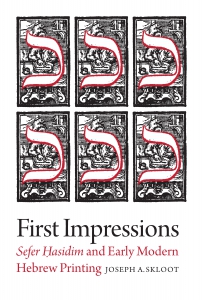