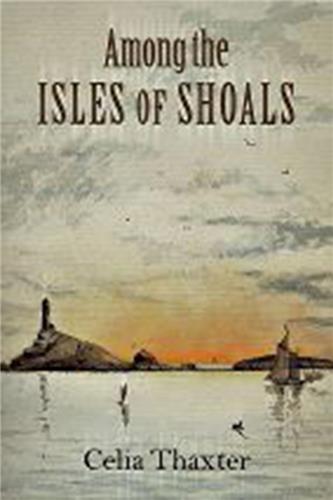 Among the Isles of Shoals

Purchase
Overview
Celia Thaxter was already a popular poet when she began to publish the essays of Among the Isles of Shoals in the Atlantic Monthly in 1869; they were an immediate sensation. Charles Dickens called Thaxter’s essays “admirable” and Horace Greeley declared, “The best prose writing I have seen for a long time is Mrs. Thaxter’s ‘Isles of Shoals’ in the Atlantic. Her pen-pictures are wonderfully well-done.” Published as a book in 1873, Among the Isles of Shoals remained equally popular, printed not only in hardcover but also in a fifty-cent guidebook edition which was sold in railway stations. Now generally considered to be Thaxter’s masterpiece, Among the Isles of Shoals is available once again in this new edition. Thaxter herself was raised on the Isles of Shoals, a group of nine small, rocky islands off the coast of New Hampshire, and she lived there off and on for much of her life. This lyrical volume seamlessly blends natural history, oral tradition, and personal observation to create a work that one critic says feels “somehow distilled from the islands themselves.” The bleak landscape of the Isles of Shoals has changed little since the time that Thaxter wrote this tribute, but as the Hartford Courant noted upon its original publication, “whether the traveler goes to these isles or not, if he has this little volume in his pocket, wherever he is he will have a most charming companion.”
Reviews (1)

Among the Isles of Shoals . . . a paean to the trials and joys of island living, has a timeless quality that makes delightful reading today.
—Smithsonian

CELIA LAIGHTON THAXTER(1835–1894) was one of the most popular poets of the late nineteenth century and a leading literary figure who counted among her friends such writers as John Greenleaf Whittier, Sarah Orne Jewett, and Nathaniel Hawthorne. She is best remembered today for her non-fiction books An Island Garden and Among the Isles of Shoals.