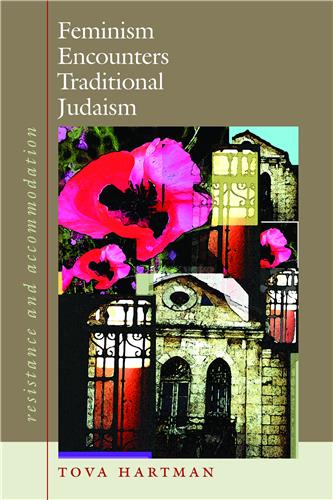 Purchase
Overview
University professor and social activist Tova Hartman, discouraged by failed attempts to make her modern Orthodox synagogue in Jerusalem more inclusive of women, together with other worshippers, set about creating their own own, Shira Hadasha (“a new song”). Since it opened in 2002, this new synagogue’s mission—to develop a religious community that embraces halakhah (Jewish law), tefillah (prayer), and feminism—has drawn thousands to services. The courageous act of creating the synagogue—against amazing odds—is testimony to Hartman’s own deeply felt commitment to both feminism and modern Orthodox Judaism. The story of the creation and ongoing development of similar “partnership minyans” in Jerusalem and elsewhere anchors and ties together this book’s five essays, each of which explores a vital contact point between contemporary feminist thought and aspects of Jewish tradition. Hartman discusses three feminist analyses of Freudian psychology for reading Jewish texts; modesty and the religious male gaze; the backlash against feminism by traditional rabbis; the male imagery in liturgy; and Orthodox women and purity rituals. Throughout, Hartman emphasizes the importance of reinterpretation, asking her readers to view as “creative tensions” what seem like obvious and insurmountable contradictions between traditional and modern beliefs. Such tensions can offer unexpected connections as well as painful compromises. The conclusion revisits the construction of the synagogue as well as discusses its impediments and actualizing these types of social and religious changes. Hartman’s book will speak directly to scholars and students of gender, religion, and psychology, as well as anyone interested in the negotiation of feminism and tradition.
Author Bio

TOVA HARTMAN is a lecturer at Bar Ilan University and author of Appropriately Subversive: Modern Mothers in Traditional Religions (2002).