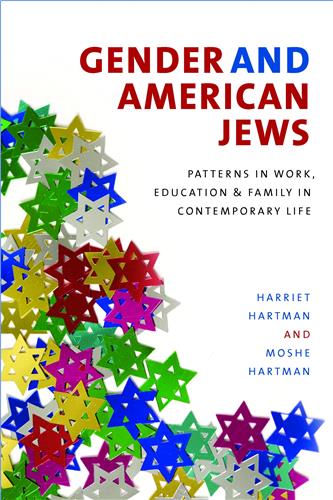 Gender and American Jews: Patterns in Work, Education, and Family in Contemporary Life

Purchase
Overview
In Gender and American Jews, Harriet Hartman and Moshe Hartman interpret the results of the two most recent National Jewish Population Surveys. Building on their critical work in Gender Equality and American Jews (1996), and drawing on relevant sociological work on gender, religion, and secular achievement, this new book brings their analysis of gendered patterns in contemporary Jewish life right to the present moment. The first part of the book examines the distinctiveness of American Jews in terms of family behavior, labor-force patterns, and educational and occupational attainment. The second investigates the interrelationships between “Jewishness” and religious, economic, and family behavior, including intermarriage. Deploying an engaging assortment of charts and graphs and a rigorous grasp of statistics, the Hartmans provide a multifaceted portrait of a multidimensional population.
Author Bio