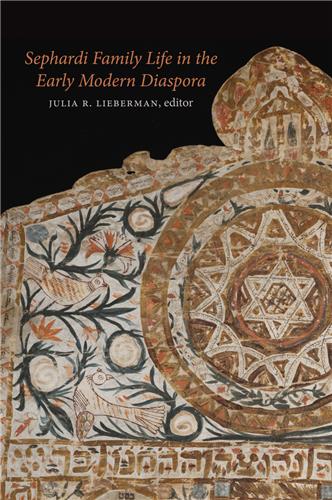 Purchase
Overview
This collection of essays examines an important and under-studied topic in early modern Jewish social history”—the family life of Sephardi Jewish families in the Ottoman Empire as well as in communities in Western Europe. At the height of its power in the sixteenth and seventeenth centuries, the Ottoman Empire spanned three continents, controlling much of southeastern Europe, western Asia, and North Africa. Thousands of Jewish families that had been expelled from Spain and Portugal at the end of the fifteenth century created communities in these far-flung locations. Later emigrants from Iberia, who converted to Christianity at the time of the expulsion or before, created communities in Western European cities such as Amsterdam, Hamburg, and Livorno. Sephardi communities were very different from those of Ashkenazi Jews in the same period. The authors of these essays use the lens of domestic life to illuminate the diversity of the post-Inquisition Sephardi Jewish experience, enabling readers to enter into little-known and little-studied Jewish historical episodes. Contributors include: Tirtsah Levie Bernfeld, Hannah Davidson, Cristina Galasso, David Graizbord, Ruth Lamdan, and Julia Lieberman
Author Bio