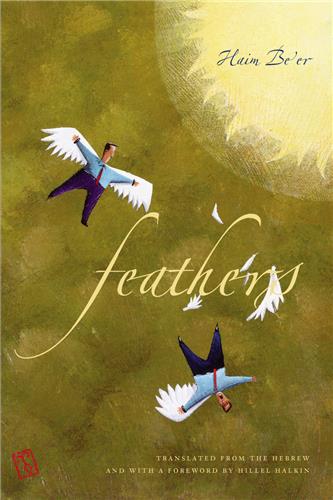 Series: The Tauber Institute Series for the Study of European Jewry
E-book: $20.95

Purchase
Overview
When first published in 1979, Haim Be’er’s Feathers was a critical and commercial success, ushering in a period of great productivity and expansiveness in modern Hebrew literature. Now considered a classic in Israeli fiction the book is finally available to English readers worldwide. In this, his first novel, Be’er portrays the world of a deeply religious community in Jerusalem during the author’s childhood and adolescence in the 1950s and 60s. The novel is filled with vivid portraits of eccentric Jerusalem characters, chief among them the book’s main character, Mordecai Leder, who dreams of founding a utopian colony based on the theories of the nineteenth-century Viennese Jewish thinker Karl Popper-Lynkeus. Similar high-flying dreams inspire the family of the narrator, strict Orthodox Jews with impractical minds and adventurous souls—men such as the narrator’s father, who periodically disappears from home on botanical expeditions meant to prove that the willow tree of Scripture is in fact the Australian eucalyptus. Experimental in structure and mood, Feathers features kaleidoscopic jumps in time, back and forth in the narrator’s memories from boyhood to adulthood. Its moods swing wildly from hilarity to the macabre, from familial warmth to the loneliness of adolescence. Jerusalem and its inhabitants, as well as the emotional life of the narrator, are splintered and reconstituted, shattered and patched. This fragmentation, combined with a preoccupation with death and physical dissolution and dreamlike flights of imagination, evokes an Israeli magical realism. Feathers was chosen one of the 100 Greatest Works of Modern Jewish Literature by the National Yiddish Book Center.
Author Bio

HAIM BE’ER was born in Jerusalem in 1945 to an Orthodox family. He is an editor at Am Oved Publishers. A writer of prose and poetry, he has received several literary awards, including the Bernstein Prize, one of Israel’s most prestigious literary prizes. He has published three novels (including The Pure Element of Time, UPNE 2003), one book of poetry, and one work of non-fiction. HILLEL HALKIN is a well-known translator of Hebrew and Yiddish. A writer, essayist, and critic, he has published two books and appears frequently in such publications as Commentary and The New Republic.