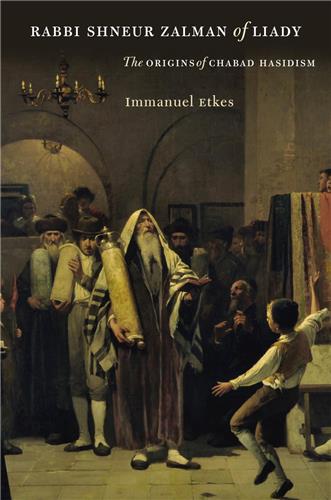 Rabbi Shneur Zalman of Liady: The Origins of Chabad Hasidism

Series: The Tauber Institute Series for the Study of European Jewry
E-book: $44.99

Purchase
Overview
Rabbi Shneur Zalman of Liady (1745–1812), in imperial Russia, was the founder and first rebbe of Chabad, a branch of Hasidic Judaism that flourishes to the present day. The Chabad-Lubavitch movement he founded in the region now known as Belarus played, and continues to play, an important part in the modernization processes and postwar revitalization of Orthodox Jewry. Drawing on historical source materials that include Shneur Zalman’s own works and correspondence, as well as documents concerning his imprisonment and interrogation by the Russian authorities, Etkes focuses on Zalman’s performance as a Hasidic leader, his unique personal qualities and achievements, and the role he played in the conflict between Hasidim and its opponents. In addition, Etkes draws a vivid picture of the entire generation that came under Rabbi Shneur Zalman’s influence. This comprehensive biography will appeal to scholars and students of the history of Hasidism, East European Jewry, and Jewish spirituality.
Author Bio

IMMANUEL ETKES is emeritus professor of history of the Jewish people at the Hebrew University of Jerusalem and the author of Rabbi Israel Salanter and the Mussar Movement (1993); The Gaon of Vilna: The Man and His Image (2002); and The Besht: Magician, Mystic, and Leader (2005).