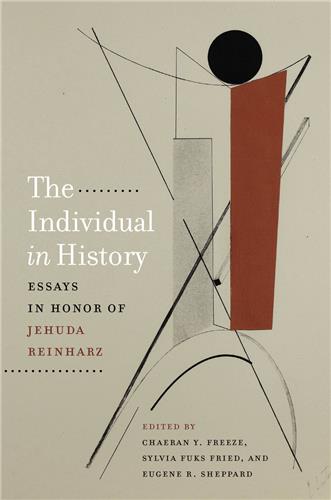 The Individual in History: Essays in Honor of Jehuda Reinharz

Purchase
Overview
Jehuda Reinharz, born in Haifa in 1944, spent his childhood in Israel and his adolescence in Germany, and moved with his family to the United States when he was seventeen. These three diverse geographies and the experiences they engendered shaped his formative years and the future of a prolific scholar who devoted his life to the study of the central role of leadership as Jews faced the challenges of emancipation and integration in Germany, the rise of modern antisemitism, the formation of Zionist youth culture and politics, and the transformation of Jewish politics in Palestine and the State of Israel. In this volume, eminent scholars in their respective fields extend the lines of Reinharz’s research interests and personal activism by focusing on the ideological, political, and scholarly contributions of a diverse range of individuals in Jewish history. Essays are clustered around five central themes: ideology and politics; statecraft; intellectual, social and cultural spheres; witnessing history; and in the academy. This volume offers a panoramic view of modern Jewish history through engaging essays that celebrate Reinharz’s rich contribution as a path-breaking and prolific scholar, teacher, and leader in the academy and beyond.
Author Bio

ChaeRan Y. Freeze is Assistant Professor in Near Eastern and Judaic Studies at Brandeis University. Jewish Marriage and Divorce in Imperial Russia was a 2000 recipient of the Koret book publication grant.