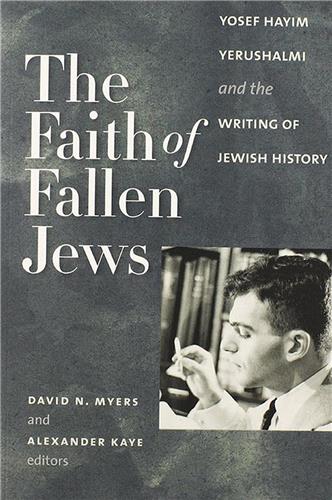 The Faith of Fallen Jews: Yosef Hayim Yerushalmi and the Writing of Jewish History

Purchase
Overview
From his first book, From Spanish Court to Italian Ghetto, to his well-known volume on Jewish memory, Zakhor, to his treatment of Sigmund Freud in Freud’s Moses, Yosef Hayim Yerushalmi (1932–2009) earned recognition as perhaps the greatest Jewish historian of his day, whose scholarship blended vast erudition, unfettered creativity, and lyrical beauty. This volume charts his intellectual trajectory by bringing together a mix of classic and lesser-known essays from the whole of his career. The essays in this collection, representative of the range of his writing, acquaint the reader with his research on early modern Spanish Jewry and the experience of crypto-Jews, varied reflections on Jewish history and memory, and Yerushalmi’s enduring interest in the political history of the Jews. Also included are a number of little-known autobiographical recollections, as well as his only published work of fiction.
Author Bio

DAVID N. MYERS is professor of Jewish history and chair of the History Department at UCLA. He is the author or editor of nine books. ALEXANDER KAYE received his Ph.D. in Jewish history at Columbia University and is currently a Tikvah Post-Doctoral Fellow in Jewish Thought at Princeton University.