Hadassah’s story resonates with all immigrants regardless of where they came from or when.  Her beautifully written memoir is moving and inspirational.  It will make you cry; it will make you laugh.  It is a uniquely American story and her journey is now a part of our history.
--The Honorable Elaine L. Chao, former U.S. Secretary of Labor

Overview
Born in Prague to Holocaust survivors, Hadassah Lieberman and her family immigrated in 1949 to the United States. She went on to earn a BA from Boston University in government and dramatics and an MA in international relations and American government from Northeastern University. She built a career devoted largely to public health that has included positions at Lehman Brothers, Pfizer, and the National Research Council. After her first marriage ended in divorce, she married Joe Lieberman, a US senator from Connecticut who was the Democratic nominee for vice president with Al Gore and would go on to run for president. In Hadassah, Lieberman pens the compelling story of her extraordinary life: from her family's experience in Eastern Europe to their move to Gardner, Massachusetts; forging her career; experiencing divorce; and, following her remarriage, her life on the national political stage. By offering insight into her identity as an immigrant, an American Jew, a working woman, and a wife, mother, and grandmother, Lieberman's moving memoir speaks to many of the major issues of our time, from immigration to gender politics. Featuring an introduction by Joe Lieberman and an afterword by Megan McCain, it is a true American story.
Look Inside (2)
Table of Contents
Foreword and Preface

Hadassah Lieberman’s new memoir is a candid, thoughtful and moving account of her journey from war-shattered Czechoslovakia to the heights of U.S politics. Its pages capture Hadassah’s love of family, respect for tradition, and deep devotion to her adopted country. As a fellow immigrant, I am glad she is sharing her story of pursuing, and achieving, the American dream.
—Madeleine K. Albright, Former Secretary of State

Hadassah’s story resonates with all immigrants regardless of where they came from or when.  Her beautifully written memoir is moving and inspirational.  It will make you cry; it will make you laugh.  It is a uniquely American story and her journey is now a part of our history.
—The Honorable Elaine L. Chao, former U.S. Secretary of Labor

Drawing on both her personal and familial experiences, Hadassah Lieberman has written a moving and insightful memoir that speaks on the nature of faith, the importance of personal history, and the individual commitment that democracy requires.
—Henry A. Kissinger

Hadassah Lieberman’s story is an American dream.  A child of Holocaust survivors and a committed Jew, she became a witness to the topmost reaches of American political life, almost becoming the 'Second Lady' of the United States.   It was an unbelievable saga and she takes the reader along with her as she looks back on that journey.
—Deborah Lipstadt, Dorot Professor of Modern Jewish and Holocaust Studies, Emory University

My work in search of the tragic fate of Ukrainian Jews, as well as other victims of the Nazi war machine, has been sobering. Nonetheless, it is important to continue with this effort, to learn what we can, to listen to survivor testimony and to bear witness. This is exactly what Hadassah Lieberman has marvelously done in her amazing and moving book recounting her family’s experiences during the Second World War. A book for young generations to read, to stay awake and to stay strong!
—Father Patrick Desbois, Founder and President of Yahad-In Unum and author of The Holocaust by Bullets 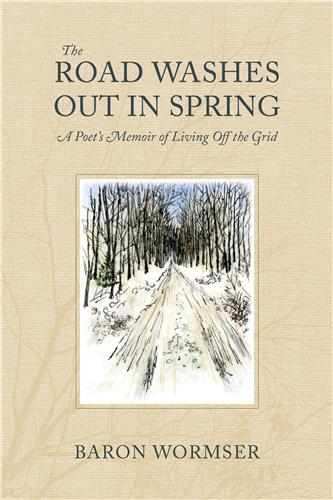 The Road Washes Out in Spring