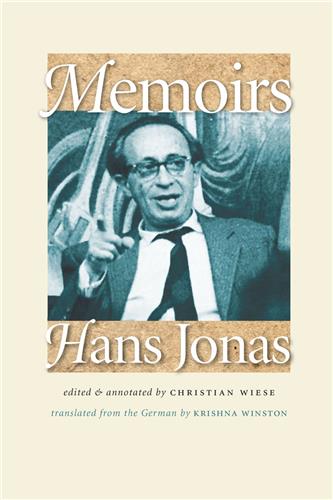 Purchase Book
Overview
When Hans Jonas died in 1993, he was revered among American scholars specializing in European philosophy, but his thought had not yet made great inroads among a wider public. In Germany, conversely, during the 1980s, when Jonas himself was an octogenarian, he became a veritable intellectual celebrity, owing to the runaway success of his 1979 book The Imperative of Responsibility. In the 1920s, Jonas studied philosophy with Edmund Husserl and Martin Heidegger, but the Nazi regime forced him to leave Germany for London in 1933. He later emigrated to Palestine and eventually enlisted in the British Army's Jewish Brigade to fight against Hitler. Following the Israeli War of Independence, he emigrated to the United States and took a position at the New School for Social Research in New York. He became part of a circle of friends around Hannah Arendt and Heinrich Blucher, which included Adolph Lowe and Paul Tillich.   This memoir, a diverse collection of previously unpublished materials—diaries, letters, interviews, and public statements—has been organized by Christian Wiese, whose afterword links the Jewish dimensions of Jonas's life and philosophy. Because Jonas's life spanned the entire twentieth century, this memoir provides nuanced pictures of German Jewry during the Weimar Republic, of German Zionism, of the Jewish emigrants in Palestine during the 1930s and 1940s, and of German Jewish émigré intellectuals in New York. Since Memoirs was first published in 2008, interest in the work of Hans Jonas has grown among American academics in recent years.
Look Inside (3)
Table of Contents
Foreword by Rachel Salamander
Introductory Remarks by Lore Jonas

We may be catching up with Jonas. With the growing realization that he was struggling with issues that have become our most urgent problems today, nothing would be more timely than a rediscovery of the richness, insight, humaneness and relevance of this remarkable philosopher and human being.
--The Review of Politics

Christian Wiese holds the Martin Buber Chair in Jewish Thought and Philosophy at the Goethe University Frankfurt am Main, Germany. He coeditor of American Jewry: Transcending the European Experience? and the author of The Life and Thought of Hans Jonas: Jewish Dimensions, also published by Brandeis University Press.