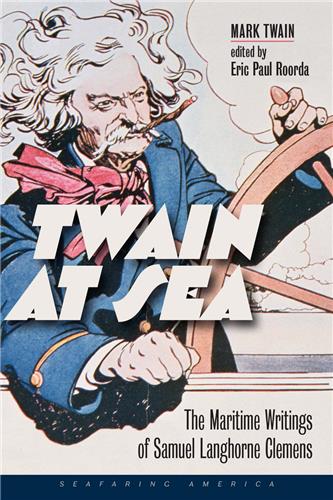 Twain at Sea: The Maritime Writings of Samuel Langhorne Clemens

Purchase
Overview
Samuel Clemens (1835–1910) repeatedly traversed the ocean during his globetrotting life. A keen observer, the man who recast himself as Mark Twain was fascinated by seafaring. This book compiles selections ranging from his first voyage in 1866—San Francisco to Hawaii—to his circumnavigation of the world by steamship 1897. Despite his background as a “brown water” mariner, Twain was out of his element on the ocean. His writings about being at sea (as well as feeling at sea) reflect both a growing familiarity with voyaging and an enduring sense of amazement. Twain’s shipboard observations capture his interest and amusement in the “blue water” mariners he encountered, with their salty subculture and individual quirks. Twain at Sea collects the author’s essays and travelogues on the maritime world in one volume, including excerpts from Roughing It, The Innocents Abroad, A Tramp Abroad, Following the Equator, and other sources.
Reviews (4)

Roorda's assessment of Twain's relationship with the sea reflects both his familiarity with Twain's writings and his own maritime expertise, which transforms what otherwise could have been just one more anthology of Twain's writings into a valuable contribution to Twain studies.
—Mark Twain Forum

Mark Twain is ever full of surprises, one of which is the great amount of time he spent at sea. Readers not already familiar with his extensive travel history will discover in this book that in addition to his years on Mississippi steamboats, Mark Twain undertook scores of sea voyages. His lively accounts of both those and imaginary voyages are collected in this handy volume, which should find a welcome place alongside books about his steamboating days.
—R. Kent Rasmussen, author of Mark Twain A to Z  and Dear Mark Twain: Letters from His Readers

Twain at Sea brings together Twain’s comments about sea travel-ships, journeys, and fellow passengers he encountered over half a century. He is characteristically observant, droll, engaged, and interested in everything going on around him. A lovely volume to take on an ocean voyage or dip into on a day at the beach.
—Shelley Fisher Fishkin, Stanford University, author of Writing America: Literary Landmarks from Walden Pond to Wounded Knee

[Roorda’s] approach and arrangement are original… Mark Twain was always traveling, and Roorda follows yet another trail of America’s best-known writer.
—Jerome Loving, author of Mark Twain: The Adventures of Samuel L. Clemens

MARK TWAIN was born Samuel Langhorne Clemens in the village of Florida, Missouri, in 1835. He worked four years on a Mississippi steamboat, frequently traveled overseas, and wrote about all of his voyages. In between these pursuits, he invented the American novel with The Adventures of Huckleberry Finn. He died in Redding, Connecticut, in 1910. ERIC PAUL ROORDA is professor of history at Bellarmine University in Louisville, Kentucky, and co-director of The Munson Institute, a graduate maritime studies program at Mystic Seaport, Connecticut. He is the author of The Dictator Next Door, which won two national book awards, and Cuba, America, and the Sea. He is the co-editor of The Dominican Republic Reader: History, Politics, Culture and the editor of The Ocean Reader: History, Politics, Culture. 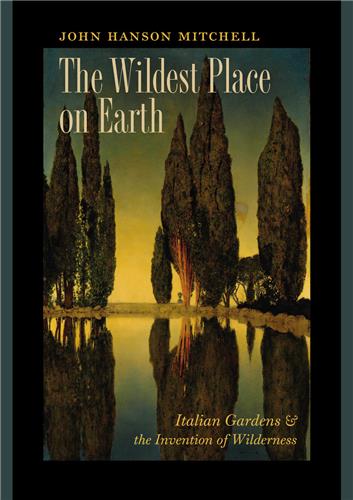 The Wildest Place on Earth