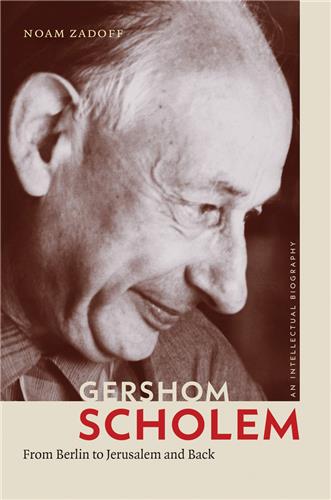 Gershom Scholem: From Berlin to Jerusalem and Back

Purchase Book
Overview
German-born Gerhard (Gershom) Scholem (1897–1982), the preeminent scholar of Jewish mysticism, delved into the historical analysis of kabbalistic literature from late antiquity to the twentieth century. His writings traverse Jewish historiography, Zionism, the phenomenology of mystical religion, and the spiritual and political condition of contemporary Judaism and Jewish civilization. Scholem famously recounted rejecting his parents’ assimilationist liberalism in favor of Zionism and immigrating to Palestine in 1923, where he became a central figure in the German Jewish immigrant community that dominated the nation’s intellectual landscape in Mandatory Palestine. Despite Scholem’s public renunciation of Germany for Israel, Zadoff explores how the life and work of Scholem reflect ambivalence toward Zionism and his German origins.
Look Inside (0)

NOAM ZADOFF is an assistant professor of Jewish studies and history at Indiana University.