Purchase Book
Overview
Eleven women went missing over the spring and summer of 1988 in New Bedford, Massachusetts, an old fishing port known as the Whaling City, where Moby Dick, Frederick Douglass, textile mills, and heroin-dealing represent just a few of the many threads in the community’s diverse fabric. In Shallow Graves, investigative reporter Maureen Boyle tells the story of a case that has haunted New England for thirty years. The Crimes: The skeletal remains of nine of the women, aged nineteen to thirty-six, were discovered near highways around New Bedford. Some had clearly been strangled, others were so badly decomposed that police were left to guess how they had died. The Victims: All the missing women had led troubled lives of drug addiction, prostitution, and domestic violence, including Nancy Paiva, whose sister was a hard-working employee of the City of New Bedford, and Debra Greenlaw DeMello, who came from a solidly middle-class family but fell into drugs and abusive relationships. In a bizarre twist, Paiva’s clothes were found near DeMello’s body. The Investigators: Massachusetts state troopers Maryann Dill and Jose Gonsalves were the two constants in a complex cast of city, county, and state cops and prosecutors. They knew the victims, the suspects, and the drug-and-crime-riddled streets of New Bedford. They were present at the beginning of the case and they stayed to the bitter end. The Suspects: Kenneth Ponte, a New Bedford attorney and deputy sheriff with an appetite for drugs and prostitutes, landed in the investigative crosshairs from the start. He was indicted by a grand jury in the murder of one of the victims, but those charges were later dropped. Anthony DeGrazia was a loner who appeared to fit the classic serial-killer profile: horrific childhood abuse, charming, charismatic, but prone to bursts of violence. He hunted prostitutes in the city by night and served at a Catholic church by day. Which of these two was the real killer? Or was it someone else entirely? Maureen Boyle first broke the story in 1988 and stayed with it for decades. In Shallow Graves she spins a riveting narrative about the crimes, the victims, the hunt for the killers, and the search for justice, all played out against the backdrop of an increasingly impoverished community beset by drugs and crime. Drawing on more than one hundred interviews, along with police reports, first-person accounts, and field reporting both during the killings and more recently, Shallow Graves brings the reader behind the scenes of the investigation, onto the streets of the city, and into the homes of the families still hoping for answers.
Look Inside (0)

Reads like a first-rate novel, but enlightens like a detective’s handbook.
--Jack Levin, author of Serial Killers and Sadistic Murderers: Up Close and Personal

Boyle has crafted a superb narrative that is going to memorialize the tenacity of investigators; the pain and suffering of the victims' families; as well as clear up many misconceptions about the victims.
--Curt Brown, Standard-Times

In Shallow Graves [Boyle] boils down a complicated case, with more than a dozen storylines, into one grippingly cinematic tale. With many characters and storylines at play here, Boyle’s masterful weaving of narrative culminates in a full tapestry of the true crime tale that’s unputdownable.
--Lauren Daley, Standard Times

Will keep you turning pages until the end.
--Bourne Enterprise

Boyle said the mystery still haunts many citizens of New Bedford. 'Thirty years later,' she said, 'everyone still wonders where is he now.' It’s particularly painful for the families of the lost woman who never got a final answer, Boyle said. 'It has always been this open wound for them.'
--New York Daily News

MAUREEN BOYLE, an award winning journalist, has been a crime reporter in New England for more than 25 years, including at the Standard-Times of New Bedford during this serial murder case. She holds an undergraduate degree in journalism from the University of Bridgeport in Bridgeport, Conn. and a master’s degree in criminal justice from Anna Maria College in Paxton, Mass. She is now director of the Journalism Program at Stonehill College in Easton, Massachusetts. This is her first book. 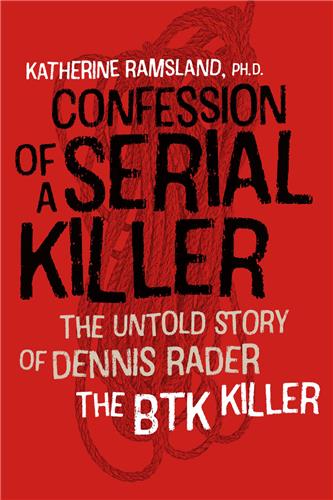