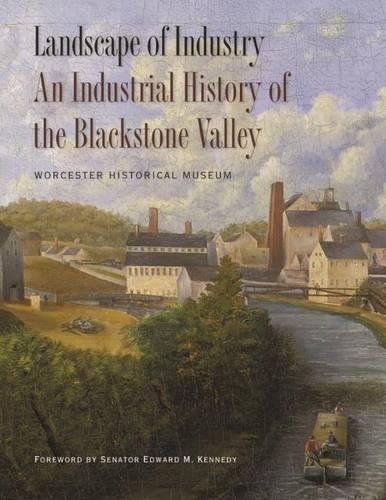 Landscape of Industry: An Industrial History of the Blackstone Valley

Purchase
Overview
In 1790, American craftsmen built the first machines that successfully used waterpower to spin cotton. America’s first factory, Slater Mill, was constructed on the banks of the Blackstone River. The revolution in harnessing the power of water spread quickly through the valley and in other areas of New England, leading to the erection of new structures, changes to the landscape, and radically altered ways in which people lived and worked. Landscape of Industry is both a celebration of this history and a clear-eyed consideration of the social, cultural, and environmental consequences of the rise and ultimate decline of the river valley economy. The unique history of the region unfolds within these pages, including the life and economy of the mills, the complex transportation networks, the role of slaves and the history of abolition in the valley, the struggle for workers’ rights, and the creation of the unique National Heritage Corridor itself. Contributors include: Joseph F. Cullon, Jennifer Desai, Gray Fitzsimons, Richard E. Greenwood, Albert T. Klyberg, and Seth Rockman
Reviews (4)

The Blackstone River is sleepy as it twists and turns from Worcester to Pawtucket, R.I. Yet 200 years ago the Blackstone was a whirring engine of the American Industrial Revolution. Slater Mill in Pawtucket was the nation’s first successful water-powered cotton-spinning mill. The area was instrumental in the shift from an agricultural to a manufacturing economy. To celebrate the region’s past, University Press of New England and the Worcester Historical Museum have produced Landscape of Industry: An Industrial History of the Blackstone Valley. Old maps, prints, and photographs illustrate essays by historians and National Park Service rangers.
—Boston Globe

The remarkable history of the Industrial Revolution comes alive in Landscape of Industry through astonishing images and fascinating vignettes of actual events. [It] is a well-documented coffee table book on the economics and social effects of the industrial revolution.
—Narragansett Bay Journal

Go ahead: judge this book by its cover-and contents! Too often in books of this sort, stunning graphics are accompanied by thin history or choppy writing. Thankfully, Landscape of Industry’s text matches the quality of its visual representations. Despite a phalanx of eleven contributors-including National Park rangers, academics, and amateurs-who have produced the seven chapters, most of the writing blends seamlessly from one section to another. Although it is not a complete history of the Blackstone Valley, the book-underwritten by the Worcester Historical Museum and the John H. Chafee Blackstone River Valley National Heritage Corridor-successfully piques the reader’s interest and encourages further exploration. . . . This volume, and the effort it recounts to protect yesterday’s ways, is a most satisfying endeavor.
—New England Quarterly

The rich descriptions, the use of many period photos and graphics, and the generous quantity of footnotes and primary sources not only make this work a great introduction to modern industrialization as it occurred in the Blackstone River Valley, but also take the reader beyond mere preliminary stages of Massachusetts’s industrial development. Landscape of Industry provides a glimpse into the future of industrial development in the United States.
—Historical Journal of Massachusetts