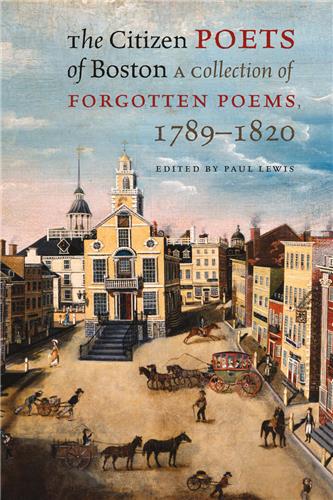 The Citizen Poets of Boston: A Collection of Forgotten Poems, 1789–1820

Purchase
Overview
Welcome to Boston in the early years of the republic. Prepare to journey by stagecoach with a young man moving to the “bustling city”; stop by a tavern for food, drink, and conversation; eavesdrop on clerks and customers in a dry-goods shop; get stuck in what might have been Boston’s first traffic jam; and enjoy arch comments about spouses, doctors, lawyers, politicians, and poets. As Paul Lewis and his students at Boston College reveal, regional vernacular poetry—largely overlooked or deemed of little or no artistic value—provides access to the culture and daily life of the city. Selected from over 4,500 poems published during the early national period, the works presented here, mostly anonymous, will carry you back to Old Boston to hear the voices of its long-forgotten citizen poets. A rich collection of lost poetry that will beguile locals and visitors alike.
Reviews (5)

In poems [Lewis] calls 'buckboard time machines' the rhythms of a city and its people come alive. Stories are swapped in taverns; traffic slows to a crawl in Charlestown; a rivalry between Boston and New York is articulated.
—Boston Globe

The book’s biggest contribution is its generous representation of anonymous work appearing in book form for the first time.
—New England Quarterly

Citizen Poets is an invaluable work of scholarship on American periodical culture and popular poetry in the early Republic. . . .[It] enjoins us to appreciate the poetic vernaculars and public discourse in the cities where we live, to make room for a place-based, historically specific criticism that speaks to the cultural work of American literature on the ground.
—Early American Literature

The Citizen Poets of Boston is an overflowing cornucopia-a ‘wonder-horn,’ to borrow Nathaniel Hawthorne’s phrase-of verse that brings a bustling world of yesterday back to rhyming, rhythmic life. Energetically compiled by a team of students and skillfully edited by their professor, Paul Lewis, with illuminating thematic essays and comprehensive notes on sources, this book is also a valuable teaching tool and guide for scholars of the early republic.
—Megan Marshall, Pulitzer Prize-winning author of The Peabody Sisters: Three Women Who Ignited American Romanticism and Margaret Fuller: A New American Life

The Citizen Poets of Boston is a major contribution to our understanding of nineteenth-century American poetry. The breadth of study has brought to light poems that are far beyond previous conceptions of the values and capabilities of popular poets in the period from 1790 to 1830. The collection is stunning not only in the literary values of the various poems as comic and serious literature but also in its revelation of the details of the urban life of Boston in a unique, formative period of northeastern culture. In forty years of study in this field I have seen few works that rival this one in interest and importance.
—David E. E. Sloane, professor of English, University of New Haven

PAUL LEWIS is a professor of English at Boston College specializing in American humor and the literary history of Boston. 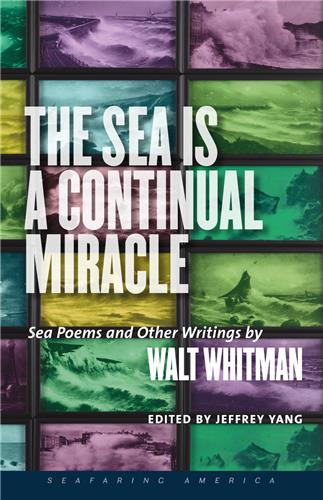 The Sea Is a Continual Miracle 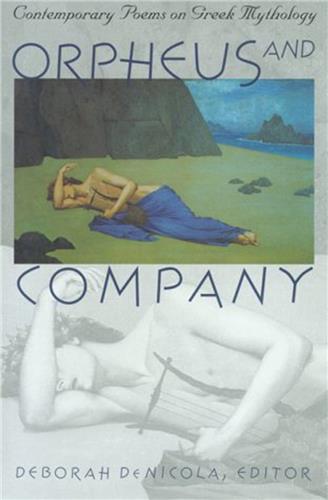