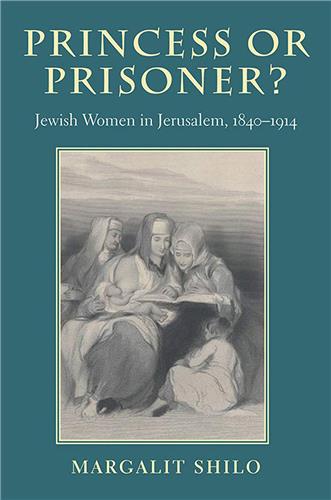 Purchase Book
Overview
This is a fascinating journey into the world of women in the ultra-Orthodox Jewish community of Jerusalem toward the end of Ottoman rule in the Holy Land. Until now, the story of life in the Land of Israel in this period has been told exclusively from the male viewpoint—a story of religious observance and fulfillment confined to the male world of Torah study and prayer. Margalit Shilo sheds new light on female society of the time, a subject nearly untouched by historians. Through painstaking research, Shilo has unearthed a wealth of primary sources, including women’s memoirs, letters, and the contemporary Jewish press. The author weaves together the different threads that made up the world of ultra-Orthodox women in Jerusalem: the experience of immigration to the Land of Israel, marriage, the family unit, economic and philanthropic activities, and female scholarship. She also takes a hard look at the adversities of women’s lives, such as desertion, poverty and prostitution. By revealing the unheard, unseen female voice, Shilo paints a new and lively picture of Jewish society in Jerusalem around the turn of the nineteenth and twentieth centuries.
Look Inside (0)

MARGALIT SHILO is a professor in the Land of Israel Studies Department at Bar-Ilan University and the author of Princess or Prisoner? Jewish Women in Jerusalem, 1840–1914.