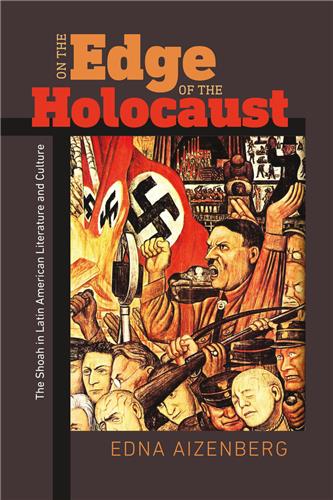 On the Edge of the Holocaust: The Shoah in Latin American Literature and Culture

Purchase Book
Overview
In this bold study, Edna Aizenberg offers a much-needed corrective to both Latin American literary scholarship and popular assumptions that the whole of Latin America served as a Nazi refuge both during and after World War II. Analyzing the treatment of the Shoah by five leading figures in Argentine, Brazilian, and Chilean writing—Alberto Gerchunoff, Clarice Lispector, Jorge Luis Borges, Gabriela Mistral, and Joao Guimaraes Rosa—Aizenberg illuminates how Latin American intellectuals engaged with the horrific information that reached them regarding the Holocaust, including the sympathy and collaboration of their own governments with the Nazis. Aizenberg emphasizes how—through fiction, journalism, and activism—these five culture-makers opposed and fought fascism. At the same time, her readings of individual texts confront shopworn clichés about Latin American writing and literature, suggesting deeper and richer dimensions to many canonical works. This interdisciplinary book fills critical gaps in both Holocaust and Latin American studies, and will be of great interest to scholars and students in both fields.
Look Inside (0)

EDNA AIZENBERG is professor emeritus of Hispanic studies at Marymount Manhattan College in New York. An internationally recognized scholar of Borges, she is the author of Books and Bombs in Buenos Aires: Borges, Gerchunoff, and Argentine Jewish Writing.