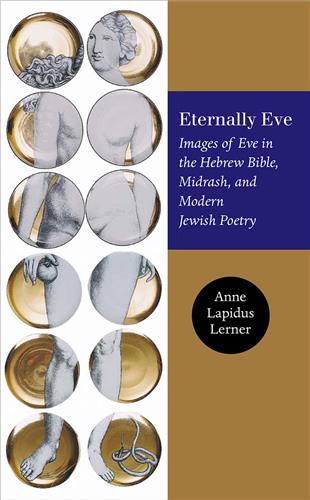 Purchase Book
Overview
The biblical accounts of Eve's life are central to Western culture, occupying a privileged place in our literature and art, culture, and society. For both Judaism and Christianity, these stories involving Eve have for centuries been entangled with the religious and social construction of gender. The ambiguous biblical record of her life from the two versions of her creation, through her encounter with the forbidden fruit, to her expulsion from Eden, and followed by the tantalizing glimpses of her life in the real world has served through the ages as a mirror of commonly held views about women. For Jewish readers, Eve's role as metonym -- signifying womanhood, or Jewish womanhood, as a whole -- is of prime importance. By tracing the imagined character of Eve from ancient times to the present, Eternally Eve opens a window on the transmission and persistence of cultural and social values. Eternally Eve takes as its subject the many ways these stories can be read, interpreting the biblical narratives as well as their iteration by rabbinic midrashists and modern poets. Anne Lapidus Lerner argues that we must set aside, or at least rethink, a series of assumptions about Eve that have been dominant in Jewish thought for centuries and instead return to the original texts to rediscover meanings implicit in them. Using modern poetry about Eve as a touchstone for reinterpreting older texts, Lerner discovers that Genesis is often more open to contemporary values than are later rabbinic texts. Linking sacred texts to works of the classical and modern imagination, Lerner restores to her sources meanings suppressed or neglected over many years and demonstrates their power to speak today.
Look Inside (0)

ANNE LAPIDUS LERNER is Assistant Professor of Jewish Literature and Director of the Program in Jewish Women's Studies at Jewish Theological Seminary, New York City. She is a co-editor of Gender and Text: Feminist Perspectives on Modern Hebrew and Yiddish Literatures (1992).